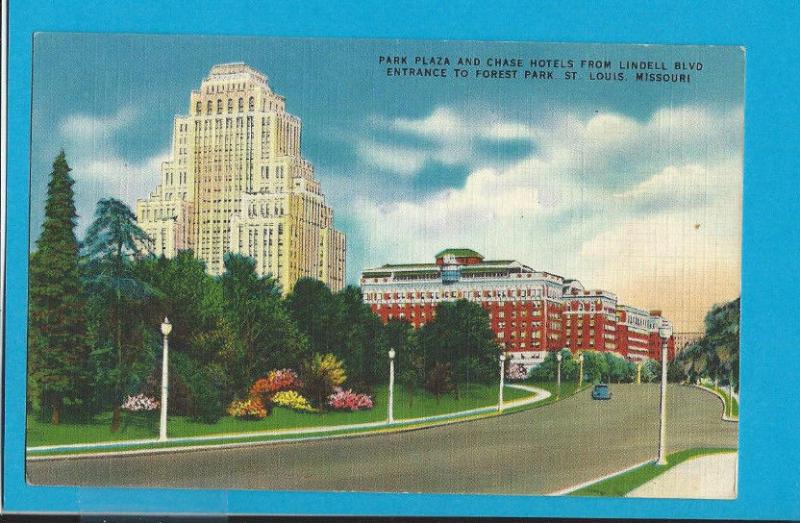 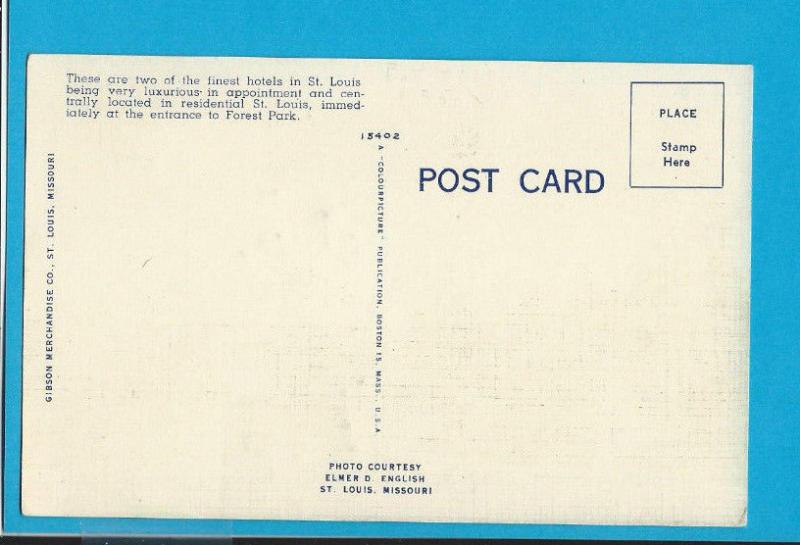 Postcard Park Plaza Chase Hotel St Louis Missouri # 300 Forest Park Shipping - We will Combine Shipping When you Buy more than one Postcard - The First Card will Be First Class Rate, ( you will have tracking updates sent to you) then each Post Card A ... Read More

Shipping
- We will Combine Shipping When you Buy more than one Postcard - The
First Card will Be First Class Rate, ( you will have tracking updates
sent to you) then each Post Card After that will be 25 Cents - God
Bless Darlene

KNOW THE GENERAL POSTCARD ERAS. While it's incredibly hard to date many postcards because anyone can print
them anywhere and that's precisely how it's always been, there are some
factors that can help you determine the era of postcards:

* 1898-1919 is known as the "Golden Age of Postcards", when picture postcards were most popular

* Post 1940 postcards were produced as modern Chromes,
namely color photographs instead of the photo-chromes generated from
black and white photos in earlier postcards ? early chromes date from
the 1940s to the 1960s.
* Given that postcards are usually sent within a few years of
production, the postmark can be an indicator. Then again, everyone has
seen very dusty old postcards that haven't sold for years in some
stores, and there is nothing to stop anyone from posting a very old
postcard 50 to 100 years later if they feel like it, so the postmark
isn't always a good indicator!
* If the postcard presents a city, street or other scene that can be matched to photos of a certain time, that can help to date the postcard.

If there is an indication of the amount of postage required
in the stamp box on the back of the postcard, this chart of
postcard postage rates may be helpful in determining the age of
your card.

Add a map to your own listings. FREE Trial ! 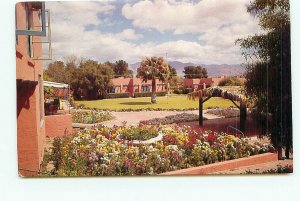 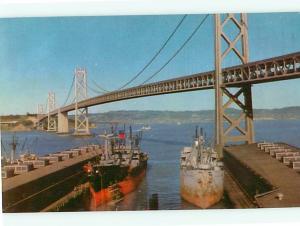 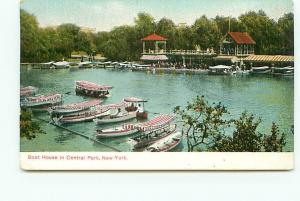 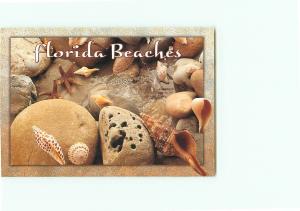